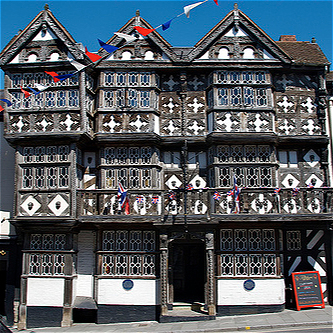 You would be hard pressed to find as much character and history in a UK hotel.

The Feathers Hotel dates back to 1619 and was completed that year by Rees Jones, a practicing attorney from Pembrokeshire who had come to Ludlow to pursue his profession at the “Council of the Marches”.

Listed as a Grade 1 building on 15th April 1965, the hotel is one of approximately 500 listed buildings in Ludlow, but is certainly one of its best known.

Events at this Venue
Venues nearby
×