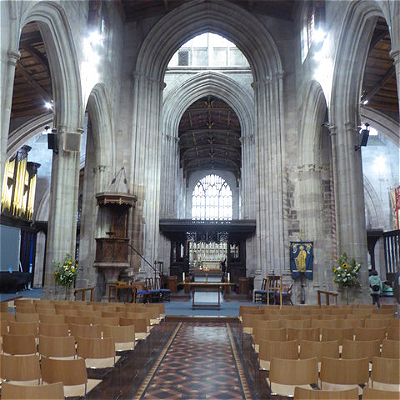 The parish church was established as a place of worship in association with the founding of Ludlow by the Normans in the late 11th century. It is situated atop the hill around which the medieval town developed. The church was rebuilt in the year 1199 and has had several later additions and modifications. The tower is 135 feet (41 metres) high and commands expansive views of the town and surrounding countryside. Notable features include an extensive set of misericords in the choir stalls as well.

Events at this Venue
Venues nearby
×